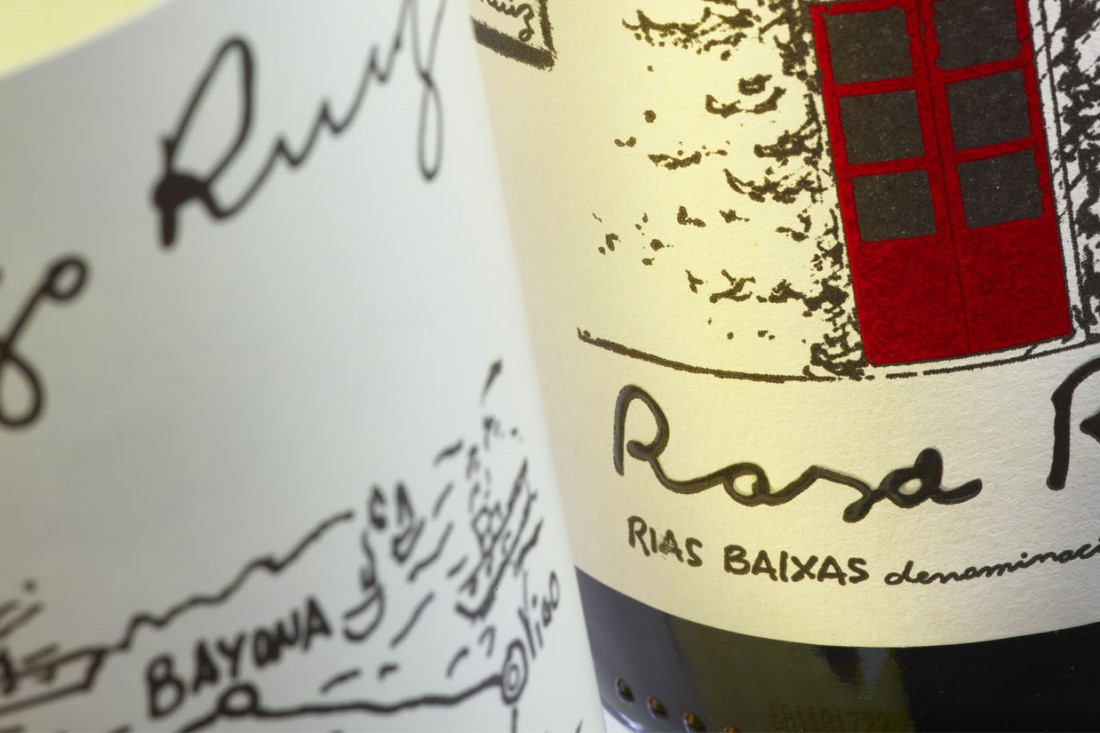 Santiago Ruiz was a visionary of his time, a man whose efforts revolutionised the way that Galician white wines were made. A natural non-conformist, at the end of the 1970s, he looked for an image to decorate his precious bottles.

Now, our Santiago Ruiz wine has what is undoubtedly one of the best-recognised labels in the wine world. An iconic symbol that arose from a simple map created to direct guests to the wedding of one of the founder's daughters.

A wedding on a bottle

It all started with a wedding, that of Isabel, Santiago Ruiz's elder daughter, in 1965. And a need: to help the guests find the location of the celebrations, before GPS had been invented. Using a simple paper serviette as her canvas, Isabel sketched a hand-drawn map to make it easier to find the way to the winery in San Miguel de Tabagón. 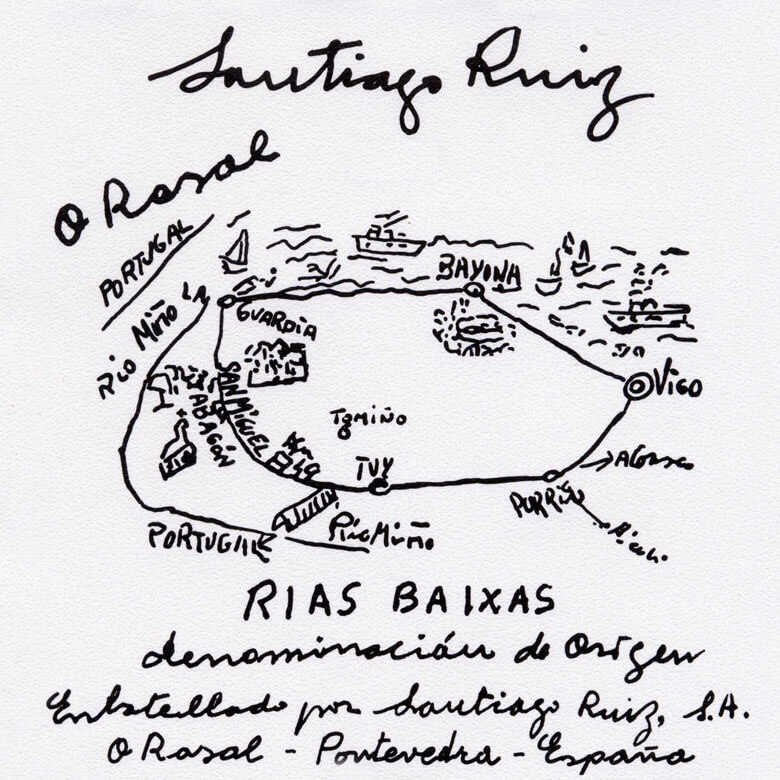 Her father was delighted with this little detail. So much so that, years later, in the 1980s, he decided that it would be the image that he'd use as an illustration on the bottle of Santiago Ruiz.

The label of Santiago Ruiz features a map drawn to show guests where the wedding of Isabel, Santiago Ruiz's first-born daughter, was taking place.

A tribute to a family story

In 2015, Rosa Ruiz was launched, the winery's first wine different to Santiago Ruiz. It was named after the founder's younger daughter, the winery ambassador. A 100% Albariño that comes from old vines grown in our own vineyard in O Rosal, planted by the family's ancestors. A wine born as a result of innovation, in homage to her childhood spent in the historic winery with her father. 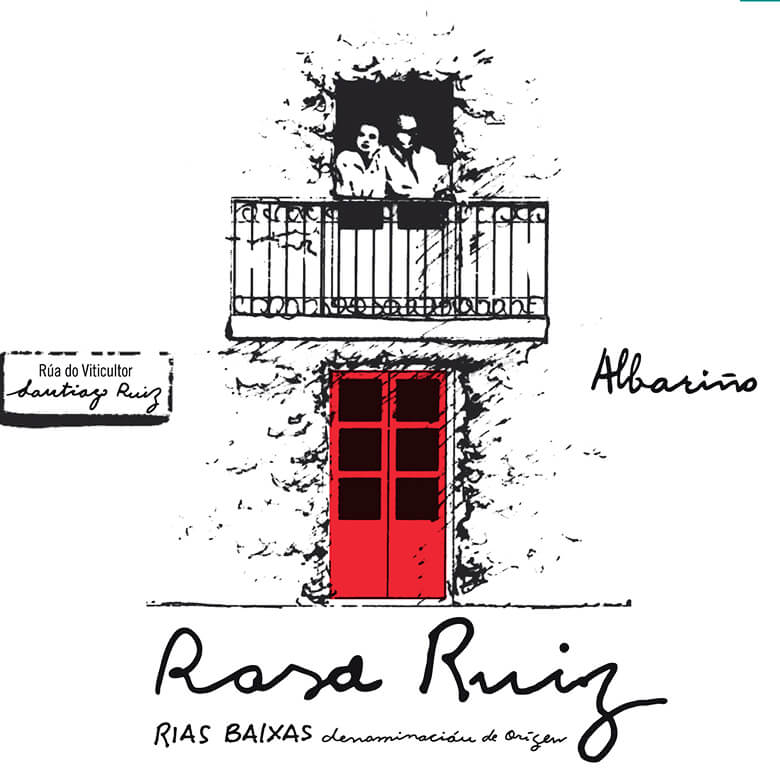 The label features an illustration based on a family photo, in which father and daughter look out from a balcony at the front of the historic winery in San Miguel de Tabagón. Rosa Ruiz’s favourite colour - red - stands out in the picture; a tone that is also very present in the winery.

An image that is simple yet loaded with meaning, which also shows Rosa Ruiz's characteristic hospitality towards visitors to the winery. An open balcony that invites you to step into the peaceful building where Santiago Ruiz's legacy is kept alive.